Discovering My AD/HD and Learning I Was Not Lazy 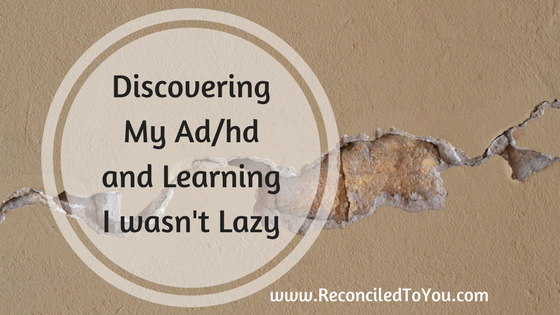 Learning I had Attention Deficit Disorder with Hyperactivity (ADHD) in my thirties was one of the most empowering moments of my life.  After years of feeling terrible about myself, especially for many behaviors I always felt were beyond my control, I now had an explanation and began to implement a plan to not only live with ADHD but thrive!  Before I share the plan, let me begin with the diagnosis and how ADHD manifested in my every day life.

Although aware of how easily I was distracted or how often I had to reign in my excitability, it never crossed my mind that I may have Attention Deficit Disorder with Hyperactivity. The discovery came while in my car listening to Dr. Ed Hallowell’s book on ADHD, Driven to Distraction. The irony of his title and where I was listening to it has never been lost on me. That day I was hoping to find some strategies to help my eldest son’s behavior. As Dr. Hallowell enumerated the symptoms, I found myself adding them up on my fingers, not for my son but for ME!  I pulled over, rewound the cassette (yes cassette, this was 1997), and made a list of all the ADHD behaviors I recognized in myself!  Then I wept.

The many situations that matched the symptoms traced well into my childhood.  Why hadn’t a single teacher, doctor or even my parents recognized this in me? The most likely answer was simple. It was the 1970s and early 1980s, ADHD, when considered at all, was thought a “boy” issue. I was labeled flighty, lazy and even annoying. I struggled to maintain friendships, my grades in school were marginal, and my self-esteem often extremely low.

Let’s begin this 10 week blog series by first identifying what ADHD looks like.  As a typical overachiever, I have 19 of the possible 22 symptoms that “according to theDiagnostic and Statistical Manual of Mental Disorders checklist, [you only need] at least six of the following ADHD symptoms must apply to merit a diagnosis”  [List found on ADDitude online]

Faith Ponders by Kevin Gingras
Here is a sampling of my ADHD symptoms and how some have manifested in my life:

First identifying me as inattentive is a misnomer. I have lots of attention to give unfortunately I  usually give it to the wrong things. To some my behavior looks like procrastination, however, I am actually quite busy. I struggle with prioritizing.  ADHD effects a person’s executive function (more on that later) and this is what often leads to the lazy label.  Since I have not completed the task given to me, it appears I have been doing nothing or “goofing around” all day.

When I was a new mother, I remember my husband coming home from work, looking around the messy house and lack of prepared dinner, and asking what did I do all day?  While he recognized childcare activities constituted most of my day, there were still many unaccounted for hours. I knew I had been busy, but even I could not adequately answer his question.

In actuality I was probably very productive or engaged just not with what most needed to be; unless it is something that required sustained mental effort on a disliked task (such as taxes) then perhaps I could be find guilty of some prime procrastination maneuvers. ADHD and sustained mental effort in uninteresting or even difficult tasks are not compatible – we’ll get to more on that during this blog series as well.

A Little Insight into Hyperactivity

The older I get the less hyper I am, however, I do still have my Squirrel Girl moments.  Here are a few examples of how hyperactivity has been a blessing in my life.

But Wait … the Struggle of Impulsiveness 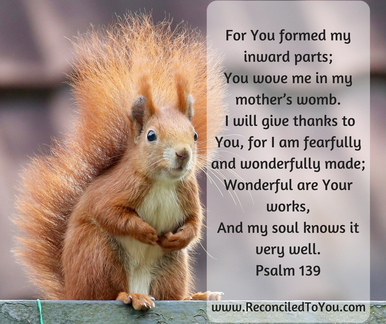