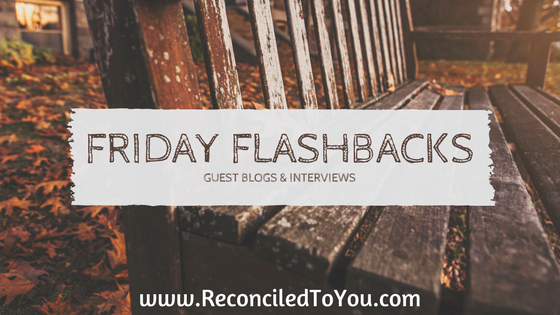 Fatima: The Apparition that Changed the World

So honored to be asked by Jean Heimann to review her new book on the apparitions of the Blessed Virgin Mary at Fatima.  Tomorrow, May 13th, will be the 100th anniversary of those world-altering apparitions.  While I adored the book, a painful flare of hand eczema has made my waxing on and on about Fatima: The Apparition that Changed the World, painfully difficult.  As the Spirit would have it, my day for the book launch tour falls on Flashback Friday – so I will happily share with you all the wonderful things OTHERS have had to say! 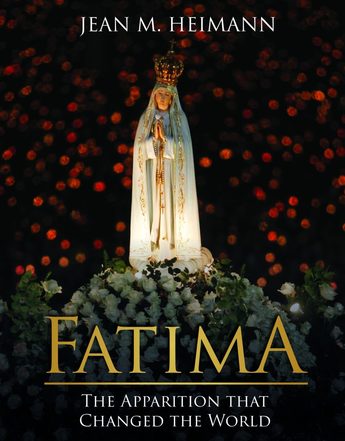 Fatima: The Apparition That Changed The World, not only presents the history of the apparitions of Our Lady of Fatima, but addresses what the message is today. The hundredth anniversary of Our Lady’s appearances is not only a time for reflection or looking back. It is a time to look ahead and to redouble our efforts in bringing people to live the Fatima message. We must all be dedicated to this cause. Fatima is about more than predictions and warnings. If we look only to these things it is nothing more than a series of historical occurrences. Fatima gives us a prescription for life. Where there is life there is hope, and it is not too late to turn to God and respond generously to His entreaties to follow Him. Our Lady pleads with us to do so.    Our Lady of Fatima, pray for us.

This book leaves the reader wondering: how will the world continue to change as a result of the Fatima message? Heimann makes it clear what ordinary Catholics can do to effect change in the world, explaining,

Today, we are facing the greatest spiritual battle of our time. Radical secularism has become the new communism in our Western civilization. . . . Secularism seeks to remove religion from the public square, to steal our religious freedoms, and to weaken the sanctity of human life by promoting abortion and attacking the basic tenets of Christian morality, particularly in regards to marriage and family life. (118-19)

Fatima: The Apparition That Changed the World works as a reference book, a coffee table book, a spiritual work, and a primer in history – both ecclesiastical and 20th century world history. One of the most helpful features in the book is a timeline, setting the visions in context with historical events. (It was also a reminder of how slowly the Catholic Church moves, often with good reason.) The timeline is also traced in greater detail through the 20th and 21st century papacies.

Just in time for the centennial of the first apparitions and the canonizations of two of the three visionaries, Francisco and Jacinta Marto, later this month, Fatima: The Apparition That Changed the World not only educates and edifies, but brings to bear the continuing relevance of Our Lady’s message today.

As private revelation, the apparitions, while approved (meaning that they are supernatural and do not contradict good faith or morals) are not part of the deposit of faith. Even so, this detailed story of Fatima left me in awe of the majesty of God and the significant role Our Lady plays in salvation history.

TAN Books and author Jean M. Heimann have just released a gorgeous new book, written in honor of the Centenary of Fatima, that helps teens and adults fully grasp the significance and power of the apparitions of Our Lady at Fatima: the miraculous events of 1916 and 1917, the messages, their meaning, and their impact on souls.
Packed with exquisite full-color and vintage black-and-white photos, and written accessibly in a way that brings this true story vibrantly to life, this must-have resource also lays out the timeline of events, so that readers can easily put the pieces together. What a great tool for parents, catechists, and clergy! The book’s author, Jean M. Heimann, agreed to answer a few questions:

JH: Fatima: The Apparition That Changed the World  is the true story of three shepherd children who, in 1917, had visions of the Blessed Virgin Mary in the mountain village of Fatima, Portugal and met with her on six different occasions. Our Lady asked them to pray the Rosary daily and to offer penances and sacrifices for the conversion of sinners and for world peace.

In my book, I present a comprehensive look at the Fatima apparitions, offering a chronological timeline, describing each of the apparitions in detail, tracing the lives of the three visionaries, as well as the death and beatification of Jacinta and Francisco Marto, and revealing the ongoing message of Fatima for the past one hundred years. I also share a history of the various popes from 1917 to the present and describe their relationship with Fatima, as well as some of the modern day miracles that have happened since then. In addition, I explain why the Fatima message is relevant to us today and how we can put it into practice.

Read the Rest of the Interview … 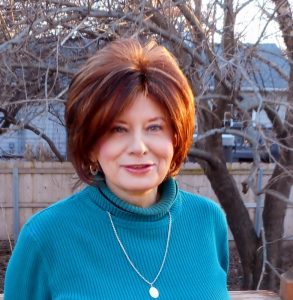 About Jean Heimann JEAN M. HEIMANN is a Catholic author and a freelance writer with an M.A. in Theology, a parish minister and speaker, a psychologist and educator, and an Oblate with the Community of St. John. She is a member of the Blue Army and founder of Our Lady of Fatima Rosary and Study group. Jean is the author of Seven Saints for Seven Virtues (Servant, 2014) and Learning to Love with the Saints, A Spiritual Memoir(Mercy, 2016). Visit Jean at her website http://www.jeanmheimann.com/through which you can access her award-wining blog, Catholic Fire. Her new book Fatima: The Apparition That Changed the World is available for pre-order at Amazon.com or at TAN Books online.