How the Prodigal Son’s Brother Changed my Prayer Life 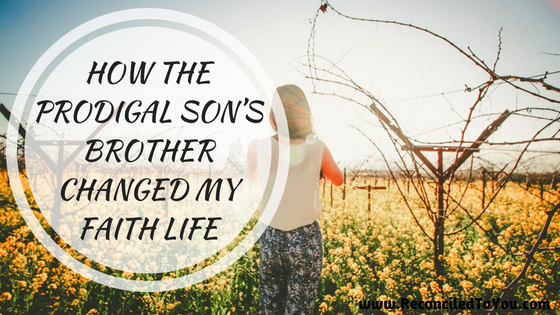 WHAT I KNOW ABOUT THE PRODIGAL SON

If you asked me just five years ago, “Are you familiar with the story of the Prodigal Son?” I would have quickly responded, “Absolutely, he was the bratty kid who asked for his inheritance and squandered it all on really poor choices.”

After the money’s gone, he suddenly realizes the animals in his care were being fed more food than he, which leads him to make the decision to return home and beg his father to allow him back into his care, even if it is as a servant.

​The Father recognizes the prodigal son while he is still “a long way off,” indicating he must have made many stops a day to peer out the window hoping to see his son returning. What volumes of the Father’s love and devotion that singular, simple action speaks.

However, that is only half the story. Not many people (including yours truly) are aware there is another very poignant side to this parable, the side that more than likely we can most relate to.

​WHAT? WHERE DID THE PRODIGAL BROTHER COME FROM?

The prodigal son has an older, clearly responsible and obedient, brother. Scholars tell us this brother represents the Pharisees, to whom Jesus is first sharing this parable. Sometimes, I am a Pharisee, wanting to be recognized for all the good I am doing, and having my own prodigal ways overlooked (especially by God, the Father).

The good news, for the most part, is that I am a recovering Pharisee. When I returned to practicing the Catholic faith in 2006, I quickly became an expert at all the Church rules. So proud of my ongoing conversion, I became the self-appointed “Catholic police.”

I was very concerned about who was not following the rules according to my judgmental eye. The “holier” I felt I was growing in my own life, the more self-righteous I became. Entering the church for Mass, I would quickly find my seat and kneel until Mass began — head bowed but eyes darting around to see who was there and mind filled with anything but prayer.

Now, I am all for kneeling in prayer until Mass begins; it is good to quiet our hearts and minds to prepare for receiving Jesus. However, truth be told, my stance was all for show, and the side-ward glances to see who might be watching me be so pious, completely gave my motives away!

The worse offense came during Holy Communion. After returning to my seat, I would stare down each and every person in line, along with a running commentary in my head, duly noting everything from their attire to whether they were properly disposed (or lack thereof) to even receive Jesus in the Eucharist.

Interestingly, the parable ends unresolved; we never do know if the other brother enters the house. We are left to ponder the question: Will we enter the Father’s house because we were able to accept how He chooses to show mercy, or will we refuse and remain out in the cold? #WorthRevisit 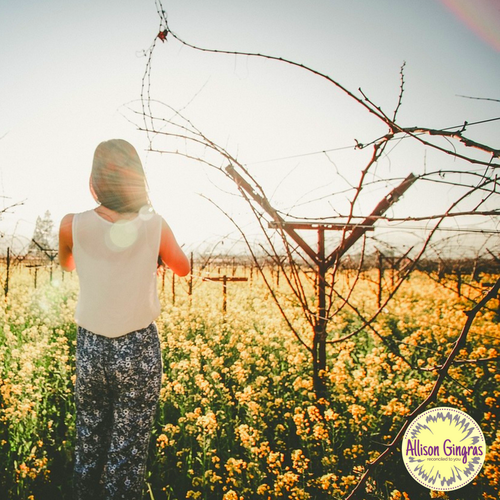 AN INTERNAL BATTLE WITH ENVY

My envy was strong with some fellow parishioners who seemed to have all the luck in the world, but in my (not so humble opinion) didn’t deserve any of it. Like the prodigal’s brother, it seemed unfair that they could be immoral, unkind, and reckless, yet still be lavished in blessings.
This went on for a few months until I read, “Do not judge so that you will not be judged. For in the way you judge, you will be judged; and by your standard of measure, it will be measured to you.” (Matthew 7:1-2) Wow, that stopped me in my tracks, convicted me on the spot, and honestly cured me of my Pharisee-type behavior.
​TIME TO LOVE AND STOP BROODING IN THE FIELD
I, like the other brother brooding in the field, thought my only way to God’s heart was in being perfect. It made me crazy that people who seemed to not be trying as hard were receiving the same reward. Yet, his father meets him where he is and pleads with him to come inside and rejoice with the lost being found, the sinner being forgiven—mercy being shown.

The Father reminds and reassures the brother, and us, that all he has is still rightfully his (and ours), and his desire to show mercy and love to the offender does not take away from their relationship or inheritance. In fact, instead of being jealous, we should be begging he bestow the same loving, mercy on each of us!

SO, WOULD YOU GO INTO THE HOUSE

Interestingly, the parable ends unresolved; we never do know if the other brother enters the house. We are left to ponder the question: Will we enter the Father’s house because we were able to accept how He chooses to show mercy, or will we refuse and remain out in the cold?

Share your thoughts on this parable below. I’d love to know if you see yourself as the Prodigal Son or the Brother, and why.

1. Worth Revisiting: In Our Weakness – Theologyisaver

3. Pope Francis Is A Canary in the Coal Mine–joy 9

4. The Gift of Love and Knowledge | Tony Agnesi

5. How the Prodigal Son’s Brother Changed my Life

6. Harvesting The Fruits of Contemplation : Wo

7. Worth Revisiting: On the Feast of the Exaltation o

8. A Quiet Place is Going on My Favorite Films of All

9. Color Your Summer Happy and Faithful (the Ultimate