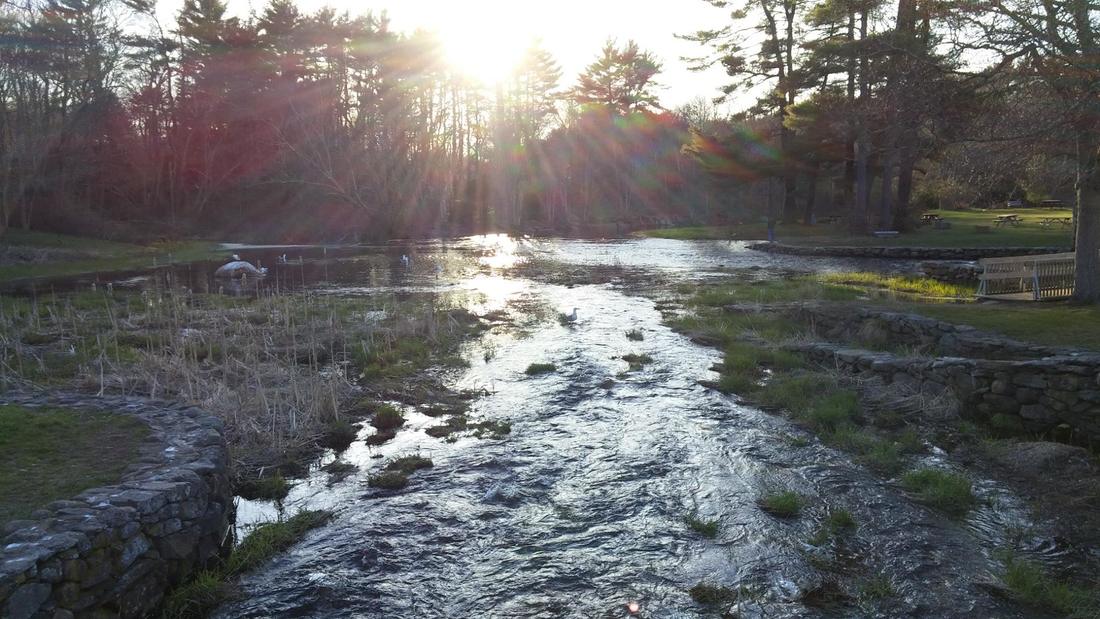 The beginning of the gospel of Jesus Christ the Son of God. As it is written in Isaiah the prophet: Behold, I am sending my messenger ahead of you; he will prepare your way. A voice of one crying out in the desert: “Prepare the way of the Lord, make straight his paths.” John the Baptist appeared in the desert proclaiming a baptism of repentance for the forgiveness of sins. People of the whole Judean countryside and all the inhabitants of Jerusalem were going out to him and were being baptized by him in the Jordan River as they acknowledged their sins. John was clothed in camel’s hair, with a leather belt around his waist. He fed on locusts and wild honey. And this is what he proclaimed: “One mightier than I is coming after me. I am not worthy to stoop and loosen the thongs of his sandals. I have baptized you with water; he will baptize you with the Holy Spirit.”
~ Mark 1:1-8

I was debating how to begin this reflection and thought I could maybe talk about John’s fashion sense, camel hair suits and leather belts…no not that.

Then I thought how about talking about John’s diet, locusts and wild honey…no, never mind on second thought scratch that too.

Then I got it, I’ll start the reflection with a quick geometry lesson before we get into it because it’s fairly clear that God used math in nature during his great creation, if you don’t believe that look up the Fibonacci sequence and then take a look flowers or pine cones or better yet do a Google search of the Fibonacci sequence in nature.  Anyways, in mathematics, the Euclidean distance or Euclidean metric is the “ordinary” straight-line distance between two points in Euclidean space.  Don’t worry, I didn’t know what that meant either, I had to look it up!  What this basically means is that the shortest distance between two points is a straight line.

During this second week of Advent I’d like for us to imagine that those two points are you and Heaven.  Our goal, when we are finished with this finite earth should be to seek Heaven for eternity.  When you look forwards down your path can you see Heaven?  How straight is your path towards Heaven?  What things are on your path getting in the way?  How are we preparing the way for the Lord, Jesus in our lives?  Where are we on the path towards Heaven?  Well that’s a lot of questions! 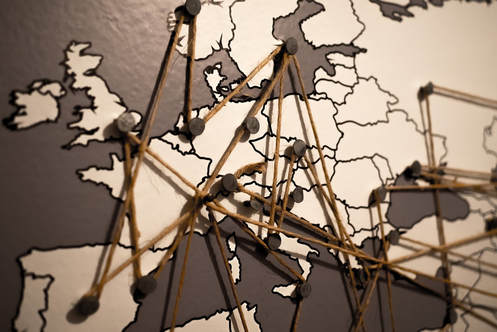 Ok, finish meditating later, now back to the Gospel.  It’s been about 400 years since the people have heard from the last prophet Malachi and Mark introduces this oddly dressed prophet with a strange diet using the words of Isaiah the prophet “Behold, I am sending my messenger ahead of you; he will prepare your way” and here he is, out in the desert  proclaiming a baptism of repentance for the forgiveness of sins.  John the Baptist got it, the Baptist knew where he was on his journey.  He knew he wasn’t fit to even stoop to loosen the thongs of Jesus’ sandals, a service customarily done by a slave.   John’s clothing of camel hair and a belt would have been reminiscent of Elijah and his preaching was about the one person coming along soon that was mightier than he was.  We read how John had many followers who were going to him from the whole Judean countryside and all the inhabitants of Jerusalem were going out to him and were being baptized in the Jordan River while acknowledging their sins.  John had many followers yet he remained humble knowing his true Heavenly calling was to point to Jesus.  In the Gospel of John, the Baptist proclaims one of my favorite lines: “He must increase; I must decrease”.  John the Baptist got it and we can get it too!

The Catechism of the Catholic Church commands us to be like John when it states in paragraph 1270 “Reborn as sons of God, [the baptized] must profess before men the faith they have received from God through the Church” and participate in the apostolic and missionary activity of the People of God.”

Our lives must be like John the Baptist such that all that we say and do should point to Jesus.  An example of this from my past, actually a learning moment from my past where I wasn’t doing this. We cannot leave Jesus in the car when we go into the office for the day, he needs to come along with us!  I was made well aware of this about ten years ago when the person who has been sitting across from me for many years found out that I was a practicing Catholic and stated “Oh, I didn’t even know you were religious”.  His words struck me to the core!  Clearly I had my work cut out for me.  I have straightened my line between myself and Heaven a lot since then.  I do bring Jesus to the office with me almost all the time.  I think I can see something bright on the horizon but I have a long way to go and a lot more straightening to do!  In what areas does your path to Heaven need straightening and how will you go about repairing that path?  Worst case; if your road seems like a dead end get to confession now!

I’d like to end with a quote I found from St. Alphonsus Maria de Liguori:
“All would wish to be saved and to enjoy the glory of paradise; but to gain heaven, it is necessary to walk in the straight road that leads to eternal bliss. This road is the observance of the divine commandments. Hence, in his preaching, the Baptist exclaimed: Make straight the way of the Lord.”