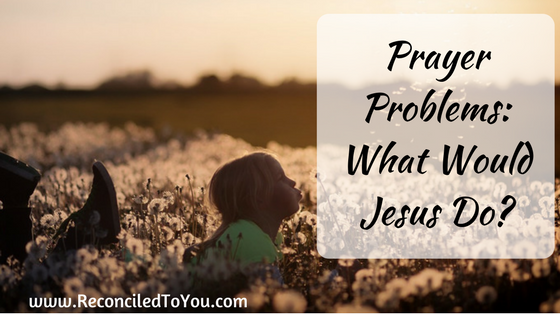 How Do You Pray?

Jesus says, “This is how you are to pray.” We are, then, blessed with the most beautiful prayer, shared with us by Jesus: The Lord’s Prayer, also known as the Our Father.  This is HOW Jesus prayed.  For many years I missed that important bit of information.  First introduced to the Lord’s Prayer in preparation for my First Communion, part of the ‘big 4’ I was to memorize, someone failed to share it’s origins.  Not from a family of big Bible readers (aka we didn’t have one); the mind-blowing fact that this prayer was taught to us by JESUS HIMSELF – was totally lost on me!

In Matthew’s Gospel, the Apostles ask, “How Should We Pray?”  How many of us have asked Jesus to teach us how to pray better, how to grow closer to God the Father, how to be more faithful to His teachings? Bottom line, how many of us are asking — how can we be holier?  Wanting to be holy may seem a bit lofty and righteous; however it is an intricate part of our Baptismal promise.  As a follower of Christ we are called to constant conversion.  We are called to be saints – and like it or not, saints are holy.

Jesus, during one of the most amazing sermons provides us the most perfect guideline for prayer. This simple, yet profound prayer that I would gather more than 85% of those reading this can recite by heart. Yet, how often do we pray it?  When we do recount it, how often do we marvel in awe at the reality that this is not only from Jesus, but was the formula for how Jesus, himself, prayed to God? 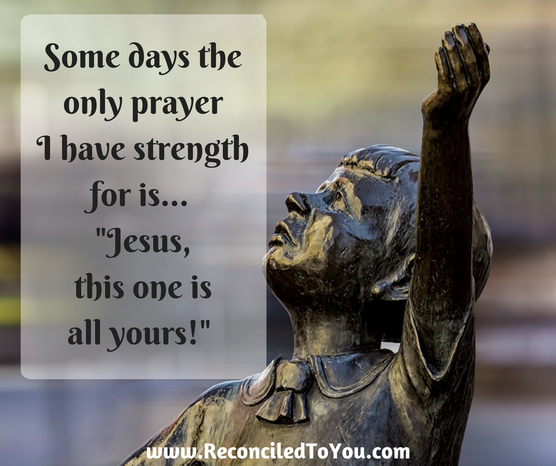 Removing the Stigma of Rote Prayer

I have a confession: for many years I resisted using The Lord’s Prayer and even the Hail Mary in my prayers. I felt they were rote, boring, insincere prayers taught to me as a child, but now as a ‘mature’ adult I was perfectly capable of fashioning my own prayers. I even avoided praying the Rosary because I had convinced myself that there was very little value to memorized prayer. Unfamiliar at the time with Scripture, I never realized the origin of this prayer – or the true value it held within.

The commonality of this thought process was made apparent during my first women’s retreat.  After much prayer and consideration, I decided to begin each event with the Rosary.  It was on a Saturday, so I created a PowerPoint of the prayers and added vivid, colorful, gorgeous art depicting each Joyful mystery.  Everyone got settled in; I welcomed them to the “Seeking the Peace of Forgiveness” retreat, turned down the lights, opened the PowerPoint, and jumped right into recitation of the Rosary.  During the lunch break, one of the attendees pulled me aside and said, “I almost bolted for the door when you began the Rosary. I cannot think of a more boring way to pray. You may want to rethink using that in the future.”

I did rethink it, but I did not remove it.  Instead, after welcoming guests, I spend time explaining why I chose to begin every program by praying the Rosary together.

What great benefit comes from praying with prayers we know so well, that we can recount them while allowing us to also ponder the life, death and resurrection of Jesus. It is beautiful to see the transformation of these women, who do sometimes still share they considered ‘bolting’ when we began, but are always glad they remained because in the end it was a great blessing.

Our Father, who art in Heaven…

1. Harvesting The Fruits Of Contemplation: Worth Revi

3. Honesty: Where Does It Really Get You?

7. Under Thy Roof: In Defense of Screentime for Moms