#WorthRevisit – Casting Aside Our Nets to Serve God 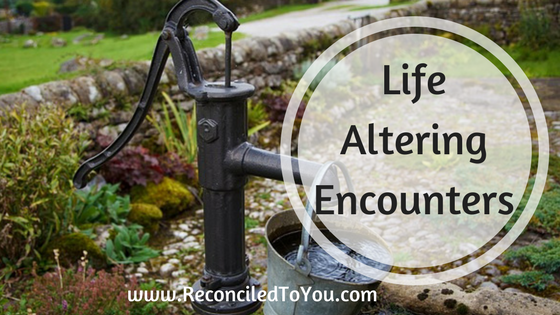 As he passed by the Sea of Galilee,
he saw Simon and his brother Andrew
casting their nets into the sea;
they were fishermen.
Jesus said to them,
“Come after me, and I will make you fishers of men.”
Then they left their nets and followed him.
He walked along a little farther
and saw James, the son of Zebedee, and his brother John.
They too were in a boat mending their nets.
Then he called them.
So they left their father Zebedee in the boat
along with the hired men and followed him.
Mark 1:14-20 (from USCCB)

Simon and his brother Andrew “left their nets and followed [Jesus].”  They did not hesitate to leave their former way of life to be a disciple of Jesus.  Remarkably choosing to do so although they knew very little of what this new life would bring.

Mark’s account of the brothers’ calling by Jesus, offers few details on what else (if anything), may have been said by Jesus to inspire these men leave all that they knew in order to embark on a life of netting souls instead of fish.  Something in them was moved and — despite so many reasons not to go —they still dropped everything and followed.


The Call To Leave Behind My Nets

Nearly 10 years ago, my heart felt a similar call.  An encounter with Jesus in bible study, fellowship with other Christian woman and a more purposeful participation in the Sacraments; inspired me leave behind a less than part-time commitment to practicing the Catholic faith to embrace a full-time life of Catholic ministry.

In order for my to embark on this new journey, many “nets” needed to be left behind.  The hardest came in the form of the snare of gossip.  At the time, I loved gossip.  It empowered me, delighted me, and gave my life purpose.  It was how I determined my popularity among the other women in my town as well as how I (ironically) measured their respect.  It was based on the amount and content of the gossip that was shared with me.  As for my end of the deal – people found my gossip delivery hysterical, or at least that is how I judged it.

How Will You Be Measured

I’ll never forget how I felt as I read a passage in Luke’s Gospel revealing to me that I would be measured against the same stick which I measured others.  Ouch!  The resistance that flooded my being as the Holy Spirit convicted me that it was time to leave this behavior behind, came from this false understanding of my own self-worth.

I truly feared I would have nothing to talk about, nothing to share with people, and no one would be interested in including me in their social life.  Truthfully, it was nearly a deal-breaker for me in my then burgeoning faith life. 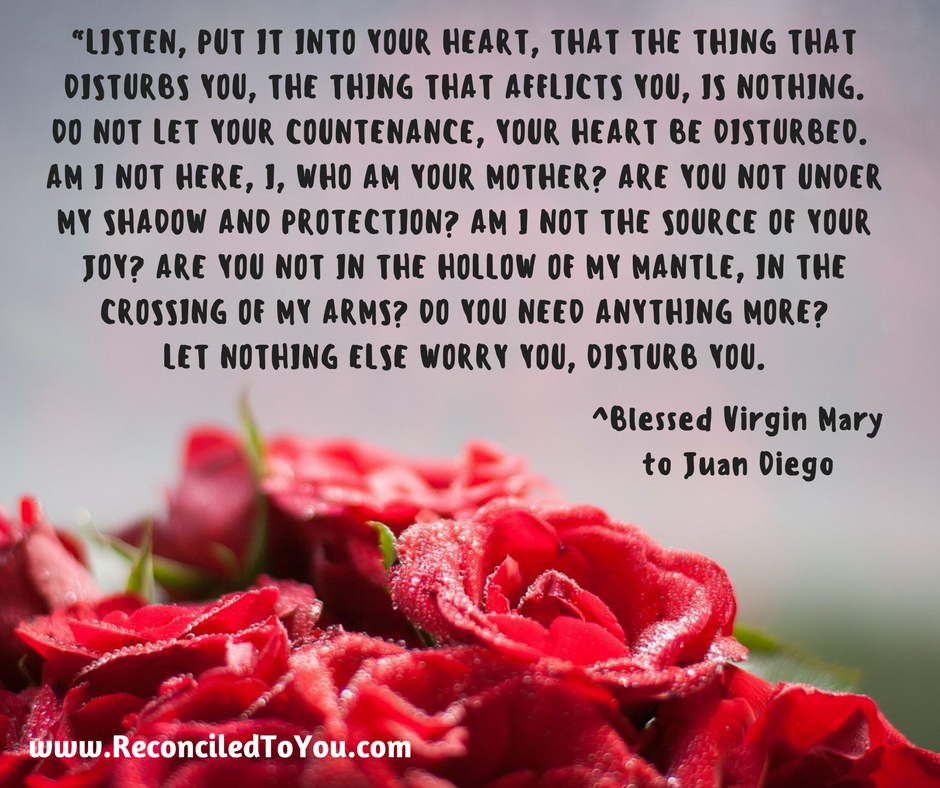 Jesus’ promise to Simon and Andrew, “Come after me, and I will make you fishers of men,” would be very similar to the one He offered me.  Although it was very difficult and came with lots of sacrifices and struggles, I was able to finally leave behind the gossip habit.  Much to my amazement I did find other things to speak out and found many people interested in my new topic – Jesus and my continual discoveries of the richness and beauty of the Catholic faith!

I used my freed-up conversation time to share the Good News. I began Reconciled To You ministries in 2009, and embarked on a life of using my words to bring people closer to Christ. My fears of not having anything to say or that I would lose my ability to make people laugh without talking about others and the funny things they did was completely unfounded.  It is amazing to me what glorious and miraculous things happen when you offer back to God the gifts He first gave you.  My life was now filled with funny, engaging and grand stories that had an element missing before passion and purpose!

A Call for All

It is important to note that this call was not just for Simon Peter or Andrew, nor specific to me or anyone called to formal spiritual ministry.  Jesus calls each of us to this incredible service of the Church – of putting aside our nets and become fishers of men.

PONDER:
What “net” is Jesus asking you to leave behind in order to follow Him?

PRAY:
Lord Jesus, I do believe this is the time of fulfillment, even though at times I struggle to repent and believe. I desire to embrace the call to leave behind any nets that entangle me. When I do, when I boldly step out in faith, I know I will be blessed in ways yet to be imagined. Thank you, Lord, for the invitation to follow you. Please help me, by your grace, to do whatever I must to respond yes!

1. Moral Behavior: Are We Losing Sight of Objective T

4. #WorthRevisit Casting Aside Our Nets to Serve God

5. Praying the Angelus by Jared Dees: A Book Review –

8. The Epic Disappointments of Jane the Virgin

10. Do Everything without Complaining or Arguing

12. On Loss and Love | itsamudworld

15. Walking the Path: The Real Life Challenges of the